August is the traditional Australian peak influenza (flu) month. The peak can move around a bit but it usually flu virus party time, followed in size by September. 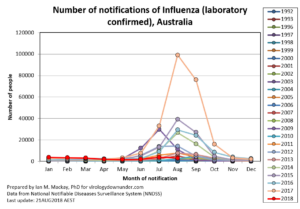 We’re two-thirds of the way through August Down Under and, well, it’s been a wimpy flu season.

Don’t get me wrong – after last year, that is greatly appreciated.

So far in 2018 – and the year isn’t over yet – we’ve seen that having lots more flu testing equipment does not a bigger flu season make. Something worth noting in the absence of relevant studies because it backs up that last year was just a jumbo transmission and illness year. 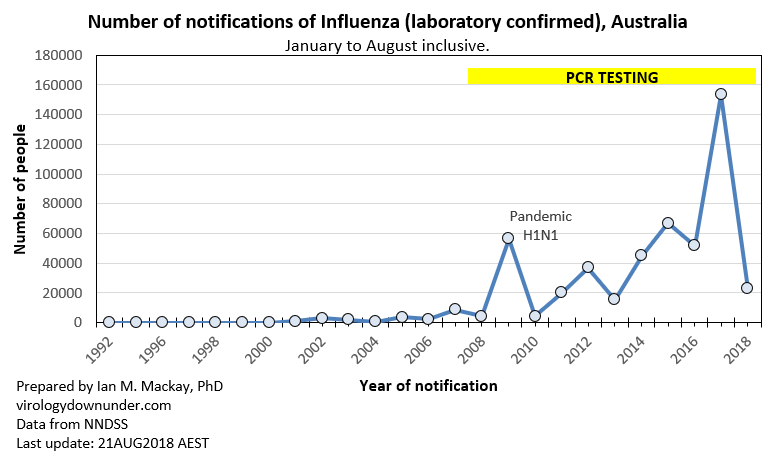 Highlighting when current PCR-based testing methods came into play. Not every year has been bigger than the last.

It will take some research to better understand why this 2018 season has been so small. Off the cuff though, some reasons include:

Let’s watch the rest of the season though because, with flu, you never know what the next sneeze might bring.